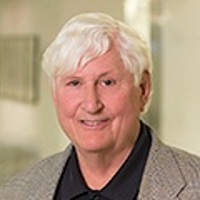 Gordon Arbuckle was there at the beginning of the Patton Boggs  law firm –widely known as the Nation’s premier advocacy practice and the pioneer of the concept that effective advocacy requires effective engagement in all of the areas where decisions are made—legislatures, the executive, administrative agencies and the courts and at all governmental levels.  His practice, since 1967, has been predicated on this approach – dealing with the Congress, most of the Administrative agencies, the Executive and a number of the States.  The practice has focused most intensively on the conception, authorization, financing and development infrastructure projects.  He is well known for his pioneering role in some of the United States’ more complex and historic energy projects, including the Trans-Alaska Pipeline, the LOOP offshore oil port, the first Alaska Natural Gas Pipeline project and the world’s first Deep Seabed Mining Project.  He has represented Sovereigns and Sovereign-owned energy companies in their relations with the major international oil companies and other investors interested in participating in the development of state-owned energy resources.

A number of these project have required Congressional authorization and/or oversight and he has participated actively in that process. He has also dealt with the Congress and cognizant agencies in the development and administration of laws affecting the projects he represents, including the laws which authorized the above-reference projects as well as NEPA, the Clean Air and Water Acts, AHERA, RCRA, CERCLA and the Oil Pollution Act of 1990. 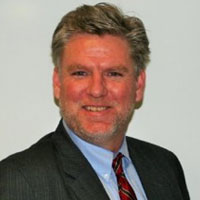 “We place the highest priority on gaining a true understanding of client needs and on providing purposeful client service. “

Herbert “Herb” Hecht ​has had the opportunity to utilize his legal, national defense and security, infrasturcture, environmental law, and public policy/advocacy skills in government, in-house, and through the large law firm environment, gaining a true understanding of client needs and purposeful client service. Following his years at Princeton University, William and Mary Law, and studying International law at the University of Exeter in the United Kingdom.

Herb became Deputy Chief of Staff and Senior Intergovernmental Affairs Representative for the U.S. General Services Administration during the Administrations of Ronald Reagan and George H.W. Bush. At GSA, Herb held a top-secret security clearance and worked on all major GSA initiatives including management of the Strategic National Stockpile, federal procurement, and policy enhancements for the Public Building Service and the Federal Property Resource Management Service.

In government, Herb received multiple merit awards including a special award for agency-wide IT innovation. In addition, He developed a strong defense-related expertise through work with the American Security Council, defense budget analysis for the Reagan “Peace Through Strength” initiative, representation of myriad defense and security clients at Patton, Boggs, LLP, and substantial advancement of national biological and chemical defense policy while serving as Vice-President and Senior Policy representative for anthrax vaccine maker Emergent BioSolutions. 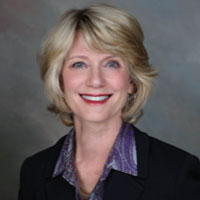 “Strategic planning, based on purposeful prioritization and accurate communication of client goals is a hallmark of effective representation.”

The Honorable Elizabeth Ames Coleman has been involved in the upstream energy industry for decades both as an individual and as an elected official. Elizabeth served from 2005 to 2012 as one of three state-wide elected commissioners on the prestigious Texas Railroad Commission (TRC), the oldest oil and gas oversight agency in the world. A two-time Chairman of the Commission, Elizabeth adjudicated cases related to safety and environmental regulations of all upstream oil and natural gas drilling and production, water disposal, and intrastate pipelines onshore and in state waters, including all transmission, gathering, lease and distribution pipelines.

For over one hundred years the Texas Railroad Commission has regulated all oil and gas drilling operations and production, onshore and in state waters to nine nautical miles offshore. The agency also oversees the permitting and safety of intrastate pipelines and also oversees coal mining and reclamation, in-situ uranium test wells, and investor-owned natural gas utilities operating in the state of Texas.

Prior to her election to the Texas Railroad Commission, Elizabeth served in the Texas Legislature representing the fast-growing city of San Antonio and surrounding suburban cities in Bexar County. She was a member of the Bexar Country Metropolitan Planning Organization (MPO), an organization authorized to find infrastructure solutions to meet the traffic challenges for the benefit of the citizens of Bexar County.

Elizabeth is as a Partner in EnergyNorthAmerica, LLC, and earlier served as a Senior Policy Advisor with Squire Patton Boggs, LLC, a Washington, D.C. based international law and lobby firm.

Elizabeth draws upon her experience to provide strategic planning to companies navigating the intersection of their corporate planning with regulatory and political policy. Further, she helps clients prioritize and communicate their goals as they seek to build relationships within the private energy industry or within the government legislative and regulatory arenas. 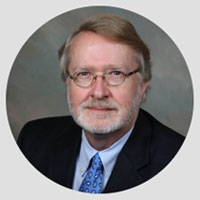 “We are at a critical point in determining the adequacy and efficiency of permitting processes for major infrastructure facilities.”

W. Jackson (Jack) Coleman is the founding Partner and General Counsel of EnergyNorthAmerica LLC. Jack has worked for more than 30 years in the energy and natural resources field, from senior legal and executive positions in the Executive Branch and in the Congress to the private sector at the D.C. law firm, Arent Fox LLP, and his legislative and regulatory consulting work at EnergyNorthAmerica LLC.

He was General Counsel of the House of Representatives Committee on Natural Resources and, prior to that, was the Energy and Minerals Counsel for the Committee. As such, he was the leading legal expert in the House of Representatives on energy and power on public lands, including oil and gas production onshore and offshore, renewable power, power transmission and pipeline issues. Jack was a primary author and negotiator of many provisions included in the Energy Policy Act of 2005, and worked with members of Congress on both sides of the aisle, and their staff, to pass other significant legislation, including the Deep Ocean Energy Resources Act (DOER) in 2006.

After completing four years of active duty, he was appointed by President Ronald Reagan to be the chief of staff for the Associate Administrator, an Assistant Secretary-level official over the National Oceanic and Atmospheric Administration (NOAA) of the Department of Commerce. Jack’s work at NOAA was recognized by his being selected by the U.S. Office of Personnel Management as one of the “Top 40 Managers Under 40” in the U.S. Government, including one of the top 8 in administration.

After his service at NOAA, Jack headed the national trade association of government service contractors, the Contract Services Association, for two years. While at the association he almost tripled its membership and revenues. 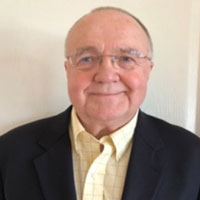 “We take pride in serving client needs throughout all aspects of federal and state government. “

Willis J. Perry brings over 30 years of expertise in strategic business consulting and government relations with particular experience and deep ties in West Virginia and throughout the Appalachian Region and in Washington, DC. Bill has developed government relations programs for a variety of clients in healthcare, energy, insurance and entertainment.

Mr. Perry has developed and implemented strategies for marketing products, projects and services to government agencies, building relationships with government officials and legislators, dealing with regulatory requirements and negotiating contracts.

Perry’s prior work included key roles in higher education at the community, baccalaureate and graduate level. He was a Senior Associate at the U.S. Department of Education and subsequently, appointed Deputy State Superintendent of Schools in West Virginia.

As the Senior Research Associate, Office of Educational Research and Improvement for the U.S. Department of Education, Bill helped coordinate the research, writing and publication of the first national report on rural education and worked to stimulate the formation of policy concerning rural education. He also coordinated the research and development agenda for rural education and represented the Office of Educational Research and Improvement on the Interagency Subcommittee on Rural Education. He was a founding member of the Southern Rural Education Association to promote the concerns of the rural south and served as the West Virginia representative on the SREA board. Over the last 15 years, Perry has served as a consultant to campaign organizations at local and state levels for a number of candidates. Perry holds a doctorate from West Virginia University and has published a number of papers on rural education. 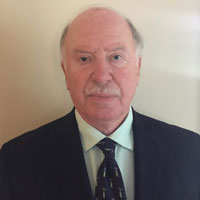 “Effective advocacy starts with a thorough understanding of client needs.”

Stephen E. Haid has spent over 40 years in West Virginia education and politics. He holds a Ph.D. in History from West Virginia University and has taught on every grade level from junior high to graduate school. For eleven years Haid served as the statewide Director of Government Relations for the West Virginia Education Association. In that capacity, he hired and trained a staff that ultimately won polcal race after race and revolutionized campaign strategy and execution in West Virginia.

​Haid was then asked to serve as campaign manager for upstart gubernatorial candidate Gaston Caperton, who subsequently was elected. Haid served as Caperton’s special assistant and speech writer, and Caperton ultimately appointed him as Secretary of Education and the Arts. Haid developed the largest education reform program in the state’s history, which included the highly successful School Building Authority. Haid later served as advisor and speech writer for Governor Cecil Underwood.

After completing his government service, Haid joined Bill Perry to form the Perry & Haid Group, representing clients across a broad spectrum, including health care, insurance, pharmaceuticals and child care. In the private sector, Haid organized and led two successful efforts to pass constitutional amendments. For several decades he managed political campaigns at the state and local level, ranging from House and Senate races to Supreme Court campaigns. He served as a lobbyist at the West Virginia Legislature, and resolved regulatory and inter-agency issues for various clients. Today, Haid is engaged in real estate development, government regulatory issues, natural resources and general consulting.​